Filing the Form 5500 is a regulatory requirement imposed by the government among benefit plan sponsors, who are mandated to do so.

It is through this form that the government monitors benefit plans and pension operations and investments, since it is in their interest to protect the welfare of the American people.

As a concerted effort among Pension Benefit Guaranty Corporation (PBGC), the Department of Treasury’s IRS, and the Department of Labor (DOL), the rule on filing the Form 5500 had been enforced. Since then, companies with welfare plan and 401(k) retirement plan must comply with this annually.

But the current form does not seem to be informative enough. This year, a proposal has been made to improve the Form 5500 reporting. This is to assist in the update of the current plan st

Since the announcement of the proposed changes, the government opened its communication lines and accepted comments from plan sponsors. Information on Form 5500 revisions is already being disseminated by government agencies for a successful implementation of the new form in 2019.

What are the changes to expect?

The proposal is bound to make valuable changes in the governance of benefit plans, as well as in the lives of individuals and employers. It is expected to benefit compliance with certain laws, provide a more comprehensive financial report, and cover a broader span of companies mandated to comply with Form 5500 reporting.

One of the salient features of the proposal is the addition of Schedule J. This requires employers to provide more detailed information on their benefit health plan packages and ensure compliance with the laws focused on protecting the rights and access of individuals to healthcare and welfare benefits. Those laws are the Employee Retirement Income Security Act (ERISA), Affordable Care Act, and Michelle’s Law, among others.

Another key feature of the new form is the addition of companies with welfare plans, which cover less than 100 employees, required to comply with the reporting. This aims for a wider coverage and greater transparency in the framework of group benefit plans among all plan sponsors.

What do the changes imply?

This is most advantageous for the companies that sponsor the benefit plans and the government. Their access to a large database of consumer information will help them improve the policies and plans that only aim to protect its beneficiaries. 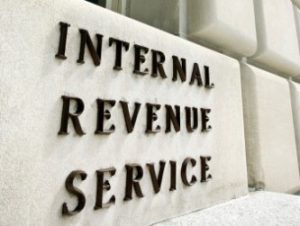 Another advantage is for the individuals whose rights and interests are the highlight of the proposed changes. There will be extensive inquiries on the companies’ compliance with state rules on healthcare and retirement. Therefore, employers will be encouraged to offer benefit plans that are both compliant and competitive.

The disadvantages, on the other hand, are overwhelming. First, the cost of filing the Form 5500 is expected to increase approximately 5,500% more (in aggregate). This is because those companies that were previously exempted from filing will bring the numbers expected to comply from only a few thousands to 2 million.

Second, the processing, although electronic, will take more time. There will be more details required from plan sponsors such as questions on their full compliance with certain state laws and disclosure requirements.

The most apparent implication is that the change presents the government’s continued commitment to support the welfare and healthcare of its people. This is promising for most Americans that will need greater welfare benefits, health protection, and better healthcare services in the future.

The higher standards of compliance that will be enforced on more companies raise the standards of providing benefit plans in the U.S. as well. Although the reporting might pose some inefficiencies or inconveniences from the employers’ end, the consequence of non compliance is more costly. Failure to file Form 5500 on time is a fine of $2,063 daily. All these are great incentives that benefit compliance.

The healthcare reform that gave birth into improving the form 5500 aims only to reinforce the rights and give importance to health and welfare of individuals. While the changes are still in its early stages, it’s worth it to know about what the changes are and what they imply. Before the change reach its full shape, individuals and employers alike should take an active role in forming the reporting standards that will ultimately change America’s health care system.