A majority of employers have struggled to comply with the Affordable Care Act (ACA) that was passed in 2010. This is mainly due to the fact that ACA’s regulations and guidelines established a broad framework that where many aspects of compliance were different from the original plan of legislators. A lot of information on the act became clearer much later after the law was planned. Fast forward a few years later and we have a new administration with its own unique agenda and policies. Many employers are now unsure about the future of ACA compliance. 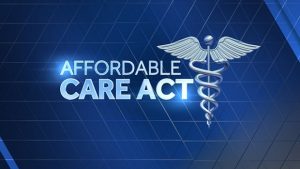 The election of President Donald Trump in last year’s election is the origin of the debate on ACA compliance. The President is said to have issued a series of executive orders earlier on in the year where he instructed various regulatory bodies such as the IRS to be more lenient to employers in regards to ACA compliance. However, the instructions of these orders were immediately put aside by the IRS claiming no formal law had been passed to remove ACA compliance.

Employers mainly find it difficult to comply with the act due to the numerous changes that occur to its regulations. Keeping up with these changes is necessary in order to maintain compliance. The future of ACA regulations is therefore very much uncertain until solid updates can be provided by the various regulatory bodies on the issue. Much of the act however remains the same so there are some fundamental regulations that employers can be certain of following. Some of the fundamental ACA compliance areas include:

To add onto this, employers are still required to keep track of their data for annual ACA reporting. The IRS has a big role to play in terms of assisting employers with ACA compliance. Many employers cite difficulties with compliance due to problems with the systems provided by the IRS. The IRS has attempted to solve these problems by asking for periodic audits of its systems. The most recent audit highlighted key problems with its systems such as Tax Identification Number matching errors, missing portions of line 14 data and many more. These problems are being actively addressed to ensure that employers face no problem with complying with the Affordable Care Act.

Another issue raised in regards to compliance is on the complexity of forms 1094 and 1095. Because of how the forms have been formulated recent years, the IRS has found it quite difficult to process them in time. This results in the IRS pushing its compliance deadlines every now and then. Notices on compliance penalties are also affected by this delayed process. In the end, the complexity of these forms contributes to the difficulty in ACA compliance. As a consolation, this is an issue that needs to be addressed by the tax body and not employers so all we can do is wait for something to be done.

ACA compliance is still a relatively difficult area for many employers across the U.S. Keeping up with the frequent changes and updates as well as strictly adhering to ACA rules and regulations can sometimes seem impossible. However, failure to comply with the Affordable Care Act leads to employers being penalized in the long run which is not a good thing. Attempting any processes or transactions that are forbidden by this law can result in huge annual penalties which can sometimes go up to thousands of dollars. Employers must therefore continue with ACA compliance until advised otherwise.

ERISA compliance is the law and Benefits Compliance Consultants, Inc. is an ERISA expert.  You simply can’t know everything there is to know about ERISA services.  And, if you’re hesitant to work with a benefits consultant because of the cost, you need to realize that our benefits consultants group can actually save you money, resources and time.  The only way to keep up with all of the changes is with the assistance of a professional company like ours.  Let our highly skilled professionals help make certain that your Plan is in compliance with the law.