DO YOU NEED BENEFITS COMPLIANCE CONSULTING? GET QUOTE NOW!

IRS has issued proposed regs that would require covered entities engaged in the business of providing health insurance for U.S. health risks and reporting more than $25 million in net premiums written to electronically file Form 8963, “Report of Health Insurance Provider Information” for purposes of the annual health insurer fee.

Effective for calendar years beginning after Dec. 31, 2013, an annual fee is imposed on a covered entity– with some exceptions, any entity engaged in the business of providing health insurance with respect to U.S. health risks. The fee is a fixed amount allocated among all covered entities in proportion to their relative market share as determined by each entity’s net premiums written for the data year, which is the year immediately preceding the year in which the fee is paid. 1406 of the Health Care and Education Reconciliation Act of 2010 (HCERA, P.L. 111-152)– collectively, the Affordable Care Act).

The information is reported to IRS on Form 8963, which must be filed by April 15 of the year following the calendar year for which data is being reported. Neither the statute nor the regs currently specify whether Form 8963 must be submitted electronically or on paper. Covered entities currently have the option of filing the form in either manner. 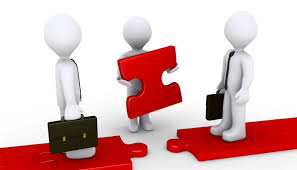 9010( g)( 2) imposes a penalty on a covered entity for any failure to report the required information by the date prescribed by IRS (determined with regard to any extension of time for filing), unless such failure is due to reasonable cause. 9010( g)( 3) imposes an accuracy-related penalty for understating the covered entity’s net premiums written for health insurance for any U.S. health risk for any calendar year.

The covered entity must pay the fee by September 30 of the fee year, as provided by Sec. The fee must be paid by electronic funds transfer. § 57.7( d), Reg.

Proposed regs. Prop Reg § 57.3( a)( 2) would provide that a covered entity (including a controlled group) reporting more than $25 million in net premiums written on a Form 8963 or corrected Form 8963 must electronically file these forms after Dec. 31, 2017.

This is because a covered entity (including a controlled group) reporting no more than $25 million in net premiums written isn’t liable for a fee and so the time constraints applicable to computation of the fee aren’t applicable with respect to these entities. (Reg.

IRS has determined that electronic reporting is appropriate because there is a short window of time for (1) IRS to compile and analyze the reported information and send out preliminary letters, (2) covered entities to respond with any corrections, (3) IRS to compile and analyze the amended reporting and issue final fee letters, and (4) covered entities to pay the fee.

Proposed effective/applicability date. The proposed regs are proposed to apply to any covered entity reporting more than $25 million in net premiums written on any Form 8963 filed after Dec. 31, 2017. (Prop Reg § 57.10( c)).